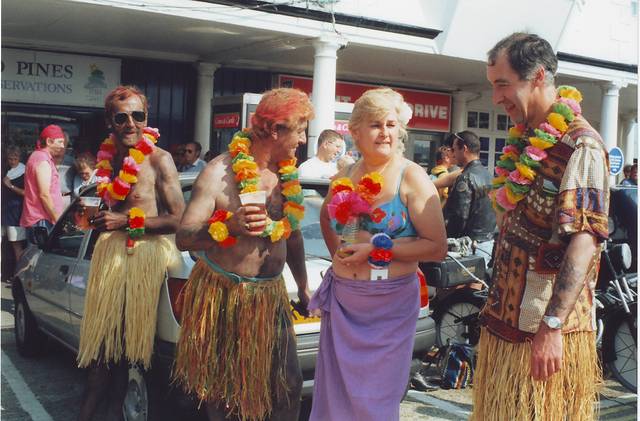 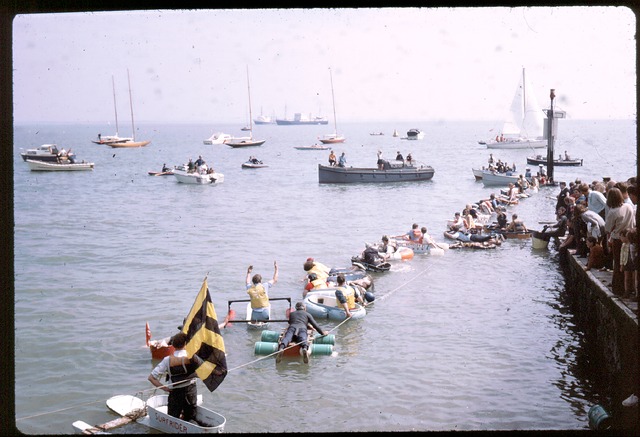 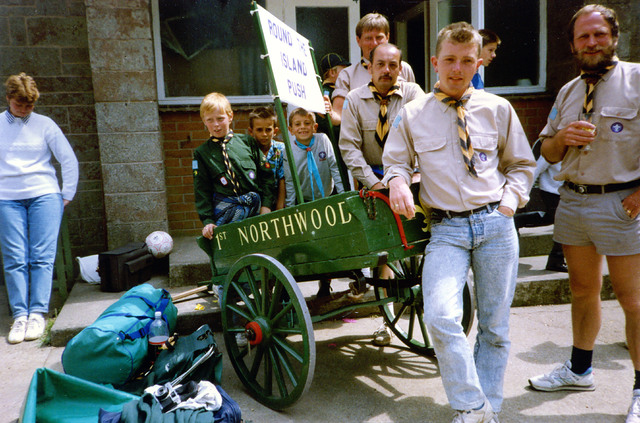 Leisure activities of yester-year were celebrated at the 2007 “Cowes at Play”  exhibition. A diverse range of on-shore local past-times in Cowes, Gurnard and Northwood were featured, including sports clubs, carnivals, amateur theatricals, and youth organizations.

With the national scout movement marking its centenary, local scouts, guides, brownies and cubs had a particularly strong showing.

The very first production of Cowes Amateur Operatic and Dramatic Society – Mandarin – in 1898, was marked with a faded photograph of all the cast. The display for Cowes Golf Club, founded in 1909, included an impressive line-up of the membership and paid staff in 1925. Significant milestones of Cowes Football Club and Northwood Cricket Club were also on show, as too were past processions of Cowes Carnival and the village May queens of Northwood and Gurnard.