The Story of Northwood House 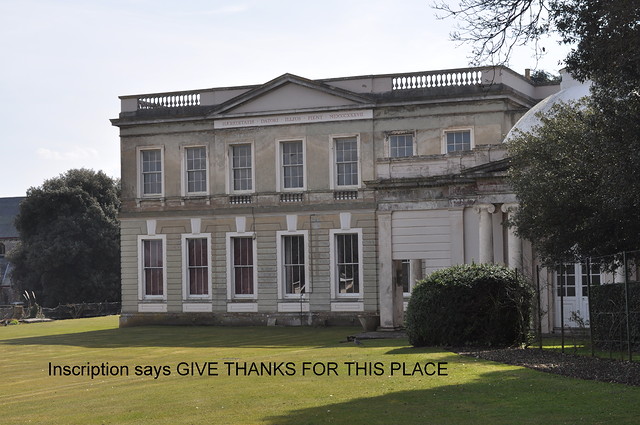 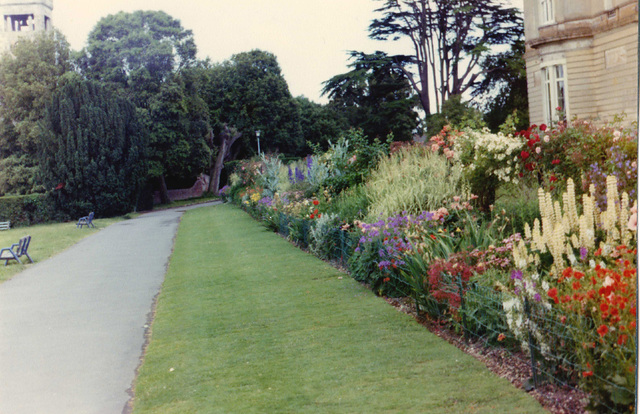 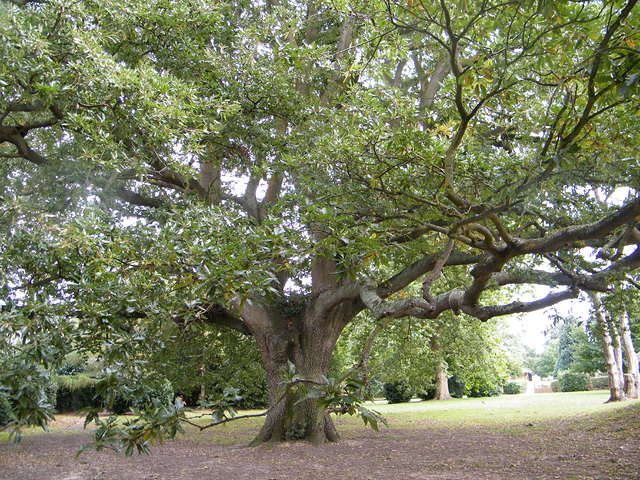 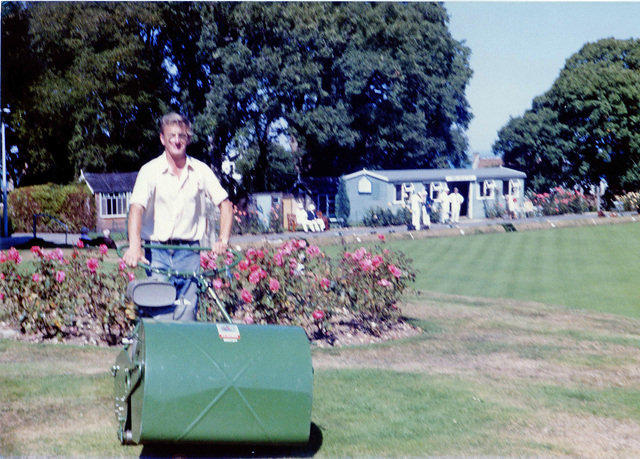 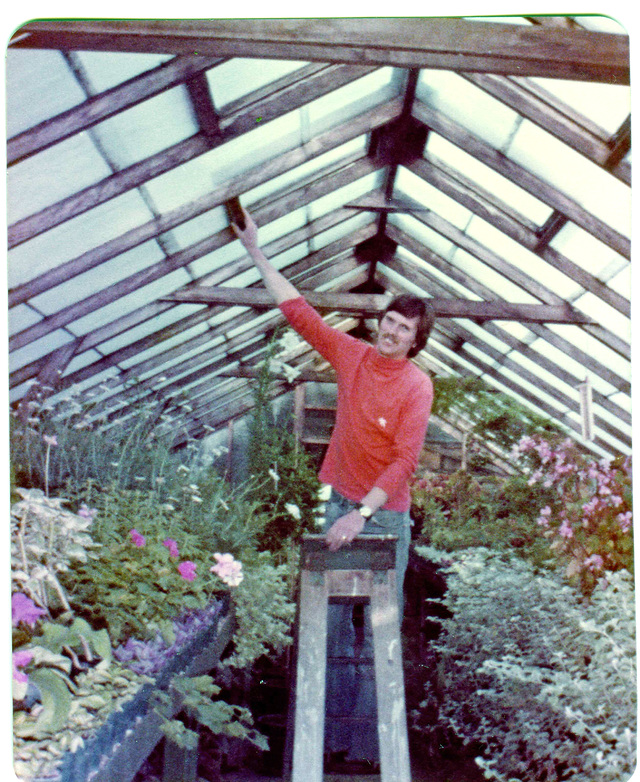 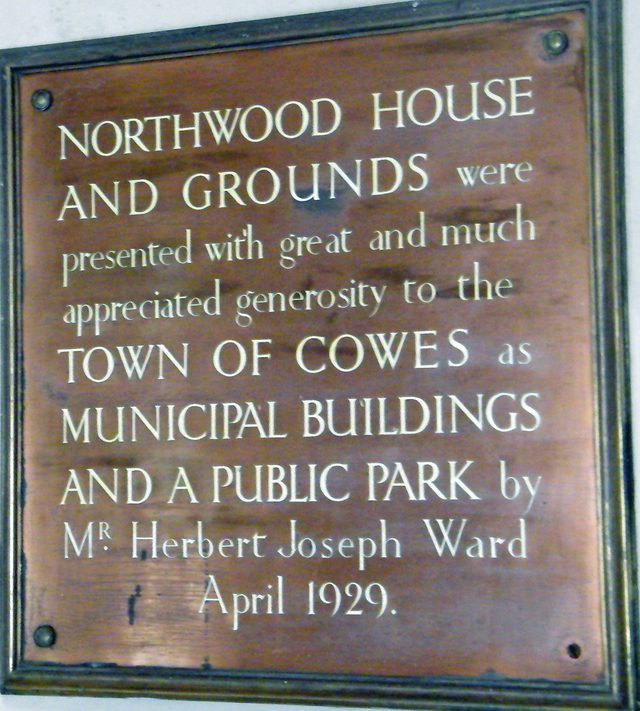 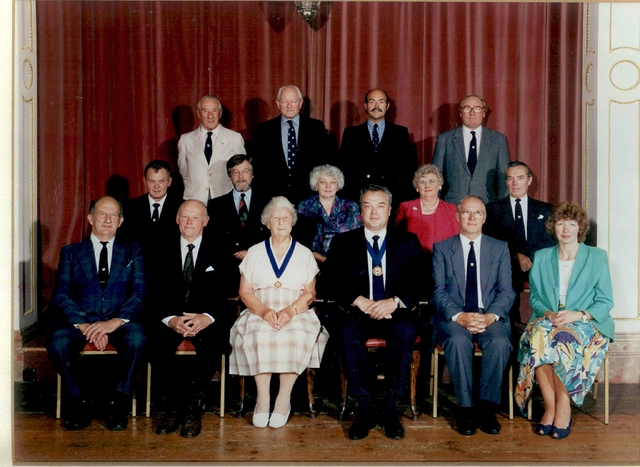 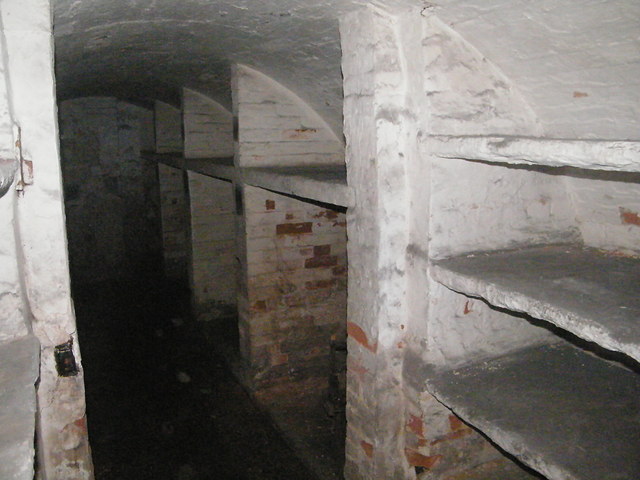 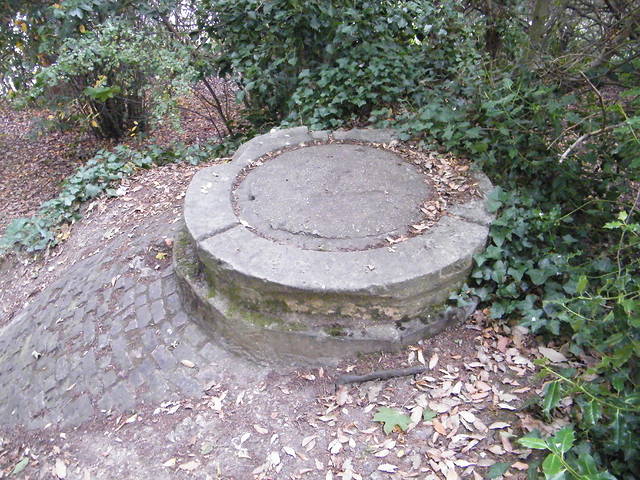 The Story of Northwood House and the once influential Ward family and its many Isle of Wight properties.
With fascinating displays also showing this well known listed Cowes House was a school, nunnery, wartime Red Cross hospital and venue for glittering balls.Our publication "King Ward" is an excellent point of reference for the history of thehouse & much more besides.

The house & much loved park drew many visitors to the 2010 exhibition held at the iconic house.

Turkey Oak, Quercus Cerris just one of the many fine trees in the Park.

Den Chape mowing around the Bowling Green, which at the time was maintained by Medina BC.

Here Steve Critchlow, the last apprentice taken on by Cowes UDC, is working in one of the greenhouses which replaced those demolished to make way for Park Court. This picture was taken in the mid -1970s. After studying at Merrist Wood college Steve went on to work for Medina BC, when this photo was taken.

This plaque on the back wall of the Rotunda records the presentation of Northwood House and Grounds by Capt. Herbert Joseph Ward April 1929, the official presentation took place the following September.

Cowes Town Council met in Northwood House & are pleased to be back having their office there as well as holding their meetings.

The wine cellar; below the public area part of a large subterranean labyrinth.

Hidden within this clump of trees in Northwood Park is the Ice-House. It is quite possible that this construction pre-dates the present house. Bellevue, stood roughly on the same footprint as Northwood House when George Ward purchased the property in 1793. Examination of the bricks date it to between 1780 and 1830. The bricks coming from, if early, Kitbridge, if later, Werrar. It is no accident that trees surround this structure; they would help to keep it cool during the hottest weather, and hide the activity from the house.